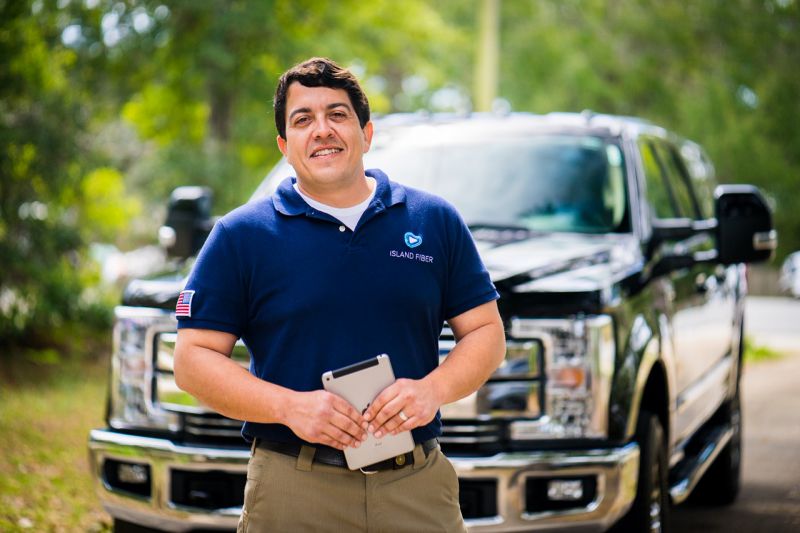 The following is the full article details:

April 15, 2019 – Orange Beach, AL (OBA®) – Councilman Jerry Johnson has said time and again he believes several companies will eventually be running fiber into Orange Beach neighborhoods to bring high-speed internet. And, the first one to do it may be the newest and homegrown.

“We should have fiber in Burkhart within 60 to 90 days,” Island Fiber owner Mickey Franco said. “Our plan, once we got our franchise agreement, we had to get that to begin the permitting and the rest of the process. We’ve got a lot of that prepped and ready to go and we’ll be submitting permits for Burkhart the week of April 15.”

“We’ve basically put ourselves in the major residential areas,” Franco said. “We actually have a circuit lit in Burkhart and then we’re going to go out from Burkhart and onto Canal and put a line down all the way to the end to Perdido Gates and back toward 161. When we get that infrastructure, that major backbone line ran down Canal we’ll be branching off into the neighborhoods.”

A lot of the work is the planning stages but he says Island Fiber will start in full swing once the summer season is over.

Johnson, chairman of the city’s Telecommunications Committee, couldn’t be happier with the progress Island Fiber is making.

“I’m very excited about what they’re doing,” Johnson said. “Island Fiber is a local company from Orange Beach. They have a great business model and I am excited about them getting to where they are moving forward and getting some fiber installed and we’ll be able to evaluate the performance of the fiber hopefully within the next couple of months.”

Franco said the failure of another company’s effort to extend a fiber network in Orange Beach neighborhoods prompted him to want to start his own. Several larger companies have fiber along the main roads in town already.

He put his construction experience to work and came up with the plan for Island Fiber.

“When Centurylink pulled out last year is when I started working developing the plan to do it,” he said. “Spent a lot of time back and forth with the city as far as how we would represent ourselves and present ourselves to the community. We’ve got a website that’s available. We’ve got a good process for people to register and sign up and manage their account.”

One part of the plan was to be a truly local company, one potential customers could easily contact and approach.

“We’ve got the local office here and we wanted to have an area where if someone had a question you could walk in the door and get your questions answered,” Franco said. “I wanted to work local. I wanted to find something I could have a good impact with the community with.”

Response from city leaders has been overwhelming, Franco said.

“Everybody with the city has been great to work with and develop this and get this to a point where we can actually begin construction,” he said. “Mr. Jerry Johnson has been a huge part in supporting and meeting and discussing options on how we go about doing this. He’s been very helpful through the process.”